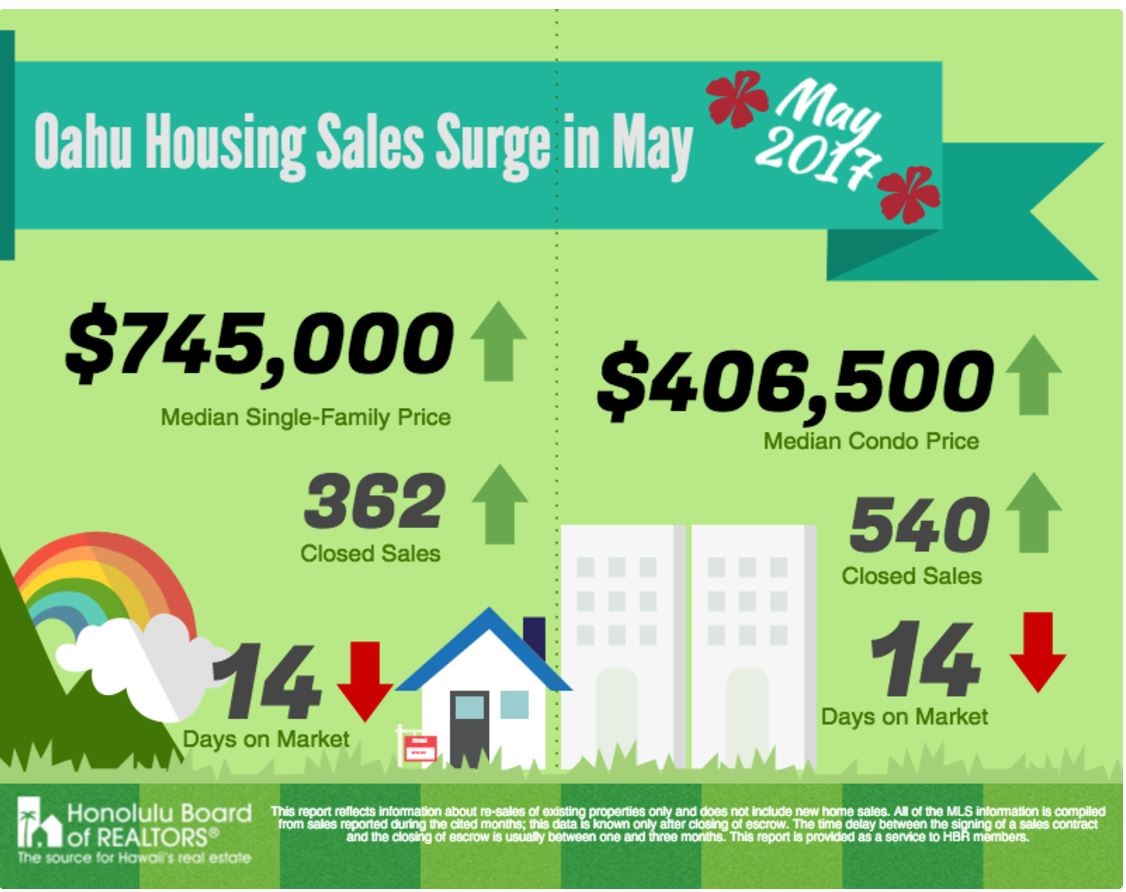 Sales of single-family homes and condominiums on Oahu rose by double digits in May, as prices posted single-digit gains, according to statistics release Monday by Honolulu real estate firm Locations.

Locations noted that the number of homes on Oahu available for sale has been at historically low levels for five years. While the number of new listings increased last month, homes are selling faster, with the average days on market dropping to 16 days for single-family homes and 15 days for condos.

“The Oahu real estate market continues to strengthen in 2017, with steady demand exceeding the available inventory, driving prices above asking and reducing days on market to record lows,” Locations CEO Scott Higashi said in a statement. “In the current real estate environment, buyers should partner with experienced agents to ensure fair asking prices and to stay informed of new listings.

"Sellers will likely continue to see steady growth, as the market is keeping selling prices within reasonable margins, without the double-digit jumps we have seen in past markets,” he said.

The Honolulu Board of Realtors is also scheduled to release its statistics this week. The statistics from the board and Locations both use Multiple Listing Service data, but the two organizations differ on how they compile the data.